Dad desperately sought son who was slain on Staten Island 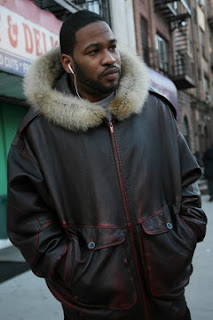 Grieving dad Charles Porter told the Advance he tried to locate Melissa Sekulski and their child for three years but was blocked by a Family Court that gave him visitation rights yet kept their ever-changing address confidential.

The father of the 10-year-old boy who was beaten to death in a filthy Mariners Harbor apartment Friday believes he could have saved his son, if only the city had told him where to find the boy and the mother who is now accused of killing him.

Grieving dad Charles Porter told the Advance yesterday he tried to locate Melissa Sekulski and their child for three years but was blocked by a Family Court that gave him visitation rights yet kept their ever-changing address confidential.

Jaquan Porter died, police said, after Ms. Sekulski, 30, slammed his head into a wall at their roach-infested Grandview Avenue apartment.

Police said she admitted to repeatedly beating the boy, most often thrashing him with a belt buckle, and under her dysfunctional care, the child ballooned to a morbidly obese 250 pounds.
Left unanswered is how the 5-foot, 6-inch, 160-pound woman was able to control a boy taller than she and 90 pounds heavier. One possibility is that he was intimidated and perhaps weakened by the abuse, which police said went on for at least three years. Also, Ms. Sekulski was both mother and teacher -- she was home schooling Jaquan. The boy's instinct may well have been to retreat and cover up.

Porter probably had legal recourse to find the child's address -- such as requesting that child-support payments be halted unless the warrant ordering visits was served -- but said he couldn't afford a lawyer and no one at Manhattan Family Court explained his options.

Porter maintained that during the time he was trying to locate Ms. Sekulski, the city Department of Education -- which monitors families that home-school -- or the agencies that provided mother and son welfare and Section 8 housing assistance should have done a simple drop-in check.

Just the sight of the boy, who was so heavy that it took six people to carry the body from the basement apartment, would have raised questions, he said.

"She was on public assistance with an unstable address, she took him out of school for a year, and no one's checking on him?" marveled Porter. "If someone would have made one visit, they would have known he was being abused. Now everyone cares."

Sources familiar with Family Court say it is not uncommon for addresses of parents to be kept confidential by request, but judges are willing to waive confidentiality when warrants are issued. Police and city sheriffs execute warrants for free but need somewhere to look.

"You can't just take this warrant to the 120th Precinct and say, 'I want you to find this person,'" said one source, who requested anonymity because he is not authorized to speak to the press. "On Staten Island alone, that would be an unreasonable request -- let alone [Ms. Sekulski] is living in Manhattan, the Bronx and Brooklyn and, finally, Staten Island."

The city Administration for Children's Services said yesterday it is continuing to investigate whether it had any prior contact with Jaquan; Porter said the agency has been involved, but only after the couple, who never wed, became estranged.

Ms. Sekulski spent much of her youth living in an apartment on W. 116th St. in Harlem, just around the corner from Porter's Manhattan Avenue home.

Ms. Sekulski's relatives have questioned Porter's commitment to be reunited with his son -- although they themselves admittedly have not been in close contact with her for years.
Porter noted there was a period where he stopped paying child support and was put in arrears; he described it as a misguided attempt to force Ms. Sekulski to appear in court.

Sources familiar with the case said the paperwork to pull Jaquan out of public school in the middle of the last academic year and home school him was "very thorough" and wouldn't by itself have raised red flags.

Ms. Sekulski is charged with first-degree manslaughter and could face more serious charges.
Police say she confessed in written and videotaped statements to beating Jaquan with a belt for three years, and the city medical examiner's office said various internal injuries suffered during that time contributed to his death.

Porter last saw his son alive on Christmas 2003, when pictures show the child at a normal weight and seemingly happy. Soon after, the mother began denying visits. When he went to the morgue at Sea View, Porter saw a body that scarcely seemed to be the same child.

"I always knew I was going to eventually find him, but I didn't think I was going to find him like that," Porter said. "When I went down there to identify him, I know what I saw. I know that wasn't an accident."

My heart goes out to this man.. and any other parent who is being kept from thier children because of our dysfunctional/corrupt/self serving court system!

I don't know this man's pain of having his child die while he pleaded with the courts to allow him access..

However I do know the pain of being kept from your children without just cause while the other parent is abusing them.. in this man and his child's case it was phsycially.. in my children's case it is emotionally .. and perhaps phsycially.. but abuse is abuse and a self serving/corrupt court system being at the bottom of the problem... should outrage us all!

Wake up America.. our children are being put with the abusive parent in almost every case.. what's up with that? Or don't you care??